Energy for Water, Water for life.

Egypts population expanded by more than 3 mIllion people in the last year. That means approximately 10.000 People  population growth per day! This vast increase caused that the country relies on food imports. Plans to boost the own food production are challenging because the so called "old lands" close to the nile river or in the nile delta are densely populated or already cultivated for agriculture. Therefore farmers have to move away from the traditiponal nile river sites and expand in the "New lands" in desert- and oases regions.

The "new lands" water supply is connected to a major energy demand, because of well depths between 30 and 200m -depending on the oasis regions. Usually these energy demand is covered by diesel generators because of missing grid connection. But such generators are very innefficient and need a lot of diesel, whose price doubled twice in the last three years.

The project "Sustainable Photovoltaic Systems for Egypt" therefore demonstrted a replacement of the diesel driven pump to a sunpowered Photovoltaic pump solution at an Oasis farm of the Organic Food Pioner Sekem.

A major part of the holistic project was education. In four training sessions were people from ministries and academic graduates trained to work as PV-trainer in future. In several sessions was furthermore a PV-maintenance training implemented in a vocational training center.

Article in the austrian CorporAid issue #79 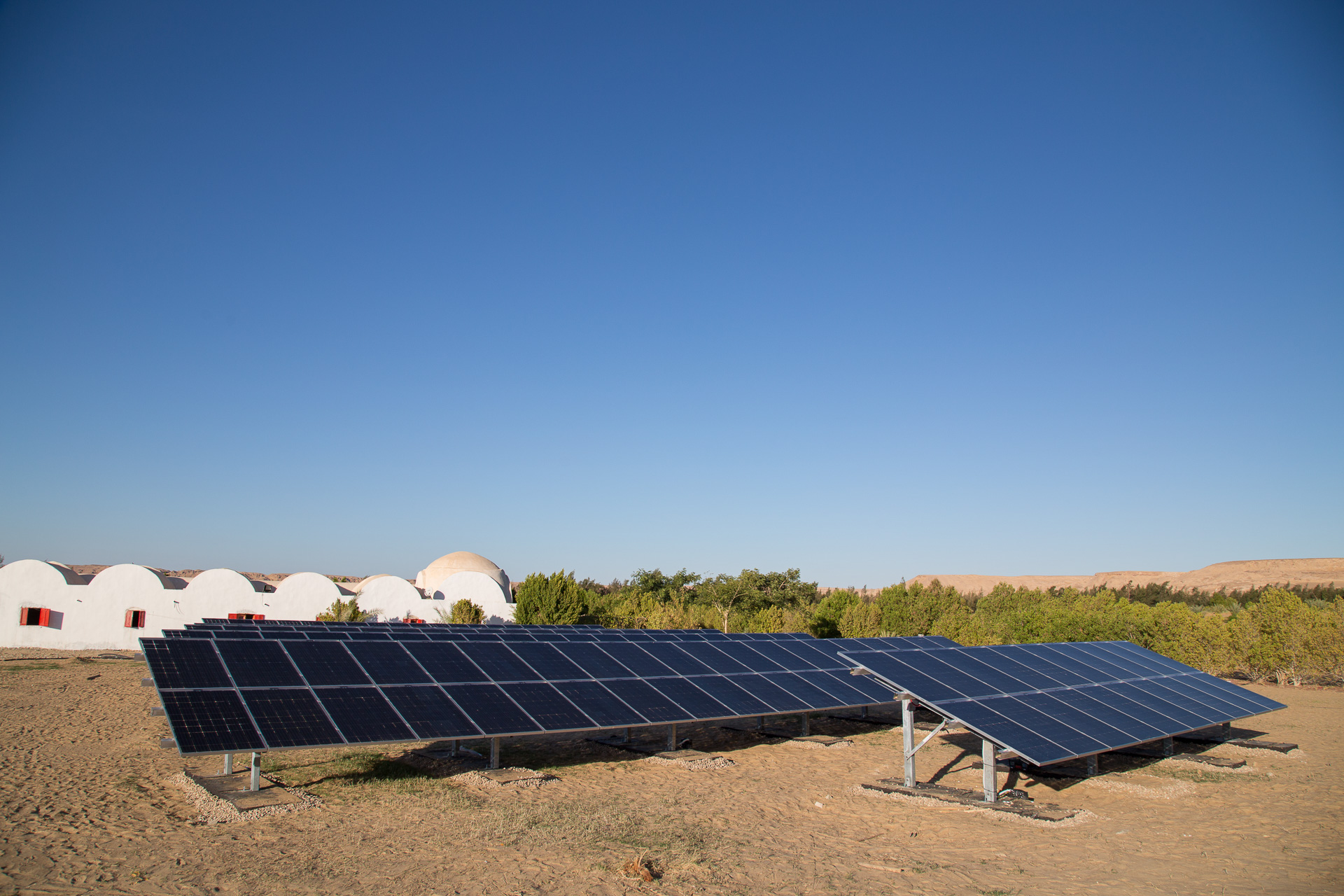 "The Sun of Egypt" The project video: